Directed by Rudy Valdez, the documentary explores the story of Moore, who was one of the best basketball players in the world when she stepped away from the sport for a remarkable reason: to fight for a man she believed was wrongly imprisoned.

In 2019, after four WNBA championships, two Olympic gold medals, a WNBA MVP award, three All-Star MVPs, and a scoring title, Moore decided to take a sabbatical from basketball at the age of 29 to devote herself full-time to working for the release of a man named Jonathan Irons, who was wrongly convicted of burglary and assault and sentenced to 50 years in prison. “Breakaway” chronicles a search for justice, and a relationship that changed the lives of two people forever.

ESPN will debut the next installment in the Peabody and Emmy award-winning 30 for 30 series, “Breakaway,” on July 13th.

Johnathan Irons was arrested at age sixteen in 1997 and was sentenced to 50 years in the Missouri Department of Corrections for the non-fatal shooting of a home-owner during a burglary. There was no physical evidence to support his sentencing.

In 2016, Maya Moore launched Win With Justice to raise awareness of the power of prosecutors and to free Jonathan Irons. He served 22 years of a 50-year prison sentence of his wrongful conviction.

Jonathan Irons was arrested at age sixteen in 1997 and was sentenced to 50 years in the Missouri Department of Corrections for the non-fatal shooting of a home-owner during a burglary. Irons’ conviction was based on unreliable eye-witness testimony and no evidence links him to the crime. 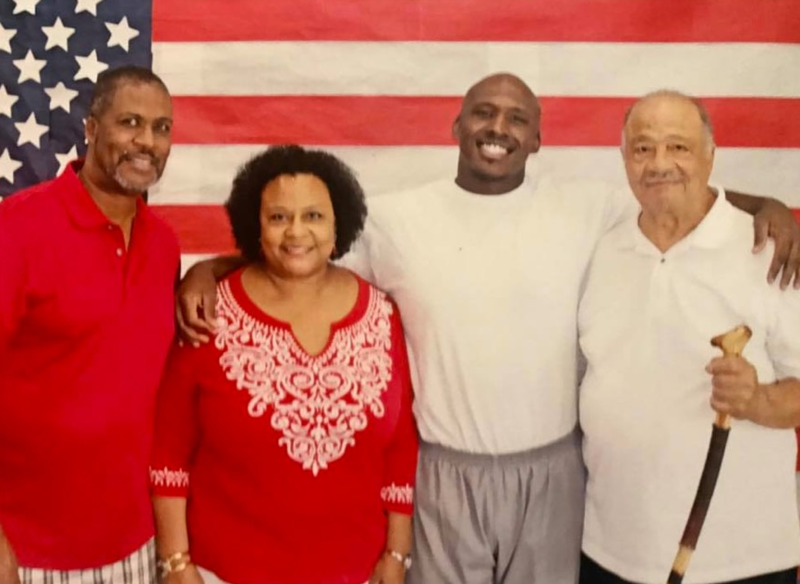 Among many astonishing facts about Jonathan’s case is the fact that he was convicted without any physical evidence. Although fingerprint, footprint, and DNA evidence was collected, none belonged to Jonathan or linked him to the crime scene.
The police used highly suggestive and improper eyewitness identification procedures and techniques. They also conducted multiple interviews with the eyewitness (victim) but failed to record the nature and content of these interviews in their reports. In fact, when the victim was hospitalized, he chose two different people other than Jonathan Irons in a photo-lineup.
Even though he was only 16 years old at the time, Jonathan Irons was interrogated without an attorney or guardian present.
There is evidence that shows that Jonathan Irons refused to write any statements and chose to exercise his right to remain silent. But the O’Fallon Police Department falsely reported to the media that he had made incriminating statements.
Credible witnesses who could have provided testimony on Jonathan Iron’s whereabouts during the time of the crime were never brought to court to testify. Irons was seen two blocks away at the home of friends, which would have made it impossible for him to have committed the crime.
On the same night of the crime, a separate burglary was reported in the neighborhood. Police reports of this burglary describe a different suspect. This suspect was seen walking through the neighborhood knocking on doors. Witnesses verified that this person was not Jonathan Irons.

© 2020. Win WIth Justice. All Rights Reserved.
Select the fields to be shown. Others will be hidden. Drag and drop to rearrange the order.
Click outside to hide the compare bar
Compare
Wishlist 0
Open wishlist page Continue shopping